Just barley though! Took the boat out yesterday. The weather was awesome. Bright, no wind, no clouds. Got on the water about 7am. The surface water temp was 56F. The water is still pretty cloudy from run off. By the dam the water has maybe 8" of visibility. Water on the southwest end was a little clearer..maybe a foot of visibility.

I fished all over the lake. Saw a ton of trout suspended and on bottom. I had one big follower near Massey Draw. No bites though. In the after noon I hit the east-west road bed and saw a few walleye. So I drug a worm across at about .8mph and finally caught one. Fished for a few more hours with no luck.

I also spent some time just checking out different spots I found on Fishing Maps map of Chatfield. I think later in the summer they will produce. I also tried out the foot petal to my trolling motor. I have always used my remote control, but it died in the afternoon. The foot petal is kind of hard to use standing up in waves, but its a good backup. Heading back to Chatfield this evening to do some mapping! Just got Humminbirds Autochart Pro in the mail :D Plan on making a really good map of the gravel pits on the southwest end of the lake. 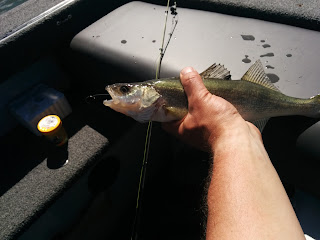 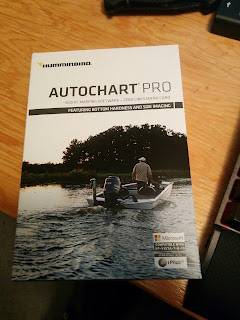