Hit the lake about 7am. Air temp was about 38. Next to no wind! Water temp was about 42. Started out in 28 FOW. Caught a super fat 37.5"er. Then proceeded to catch 3 more all over 30". Hooked another big one that got off. Also managed 2 or 3 between 25 and 28". Found some big ones in 60 FOW too. I had to keep switching between tube jigs and grubs to keep them interested. 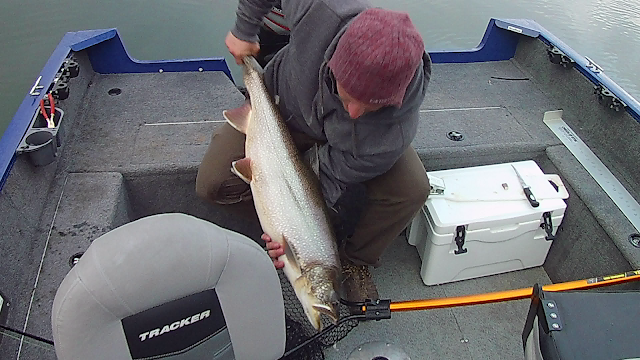 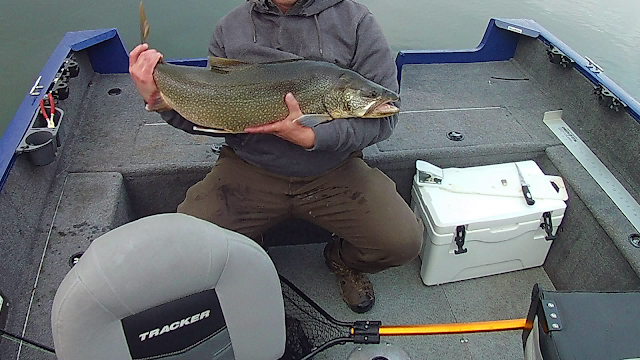 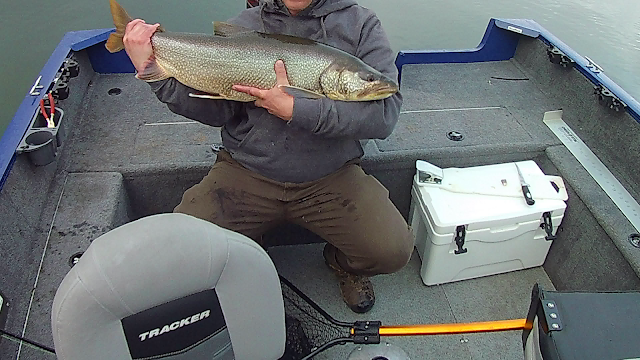 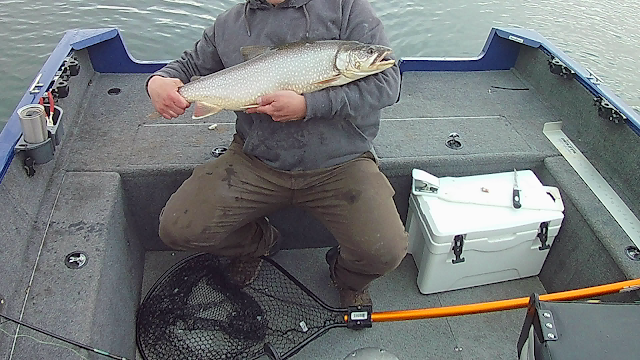 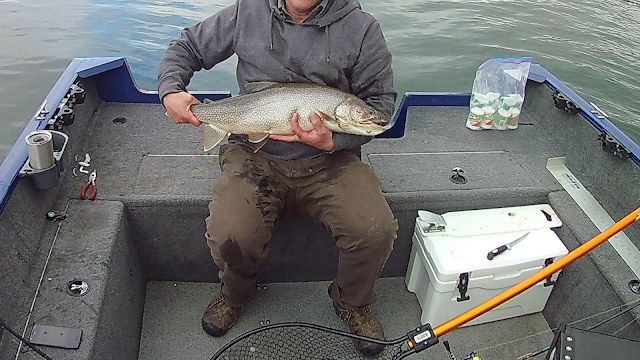 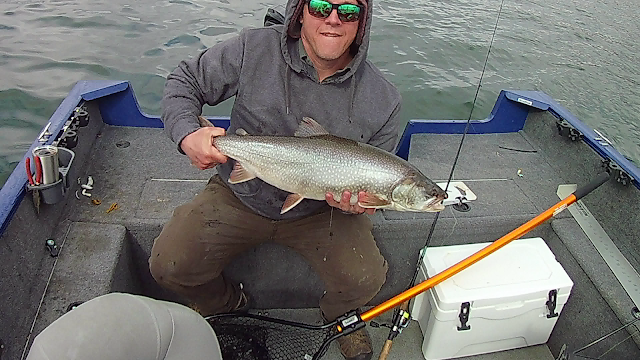 This morning it was 27 degrees at 6am. I decided to not go out till about 9am when it was a balmy 30. The wind was blowing pretty good and made it a cold day on the water with a lot of waves. I managed to catch one suspended lake trout that was about 20".

In the evening I went fly fishing by the boat ramp and caught a few nice Rainbows. 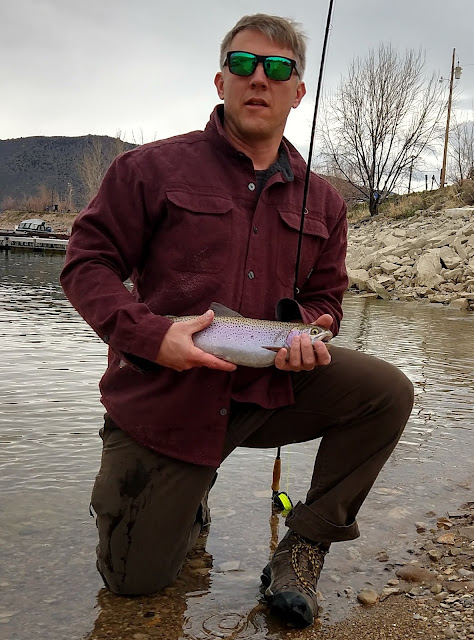 Drove to the Flaming Gorge on Saturday. It is a nice drive once you get out of Denver. Took me about 8 hours with stops. I fished Sunday morning from about 7am to 11. Around 11 the wind blew me off the lake. As I type this its blowing about 30mph. I was worried the camper was going to blow over! 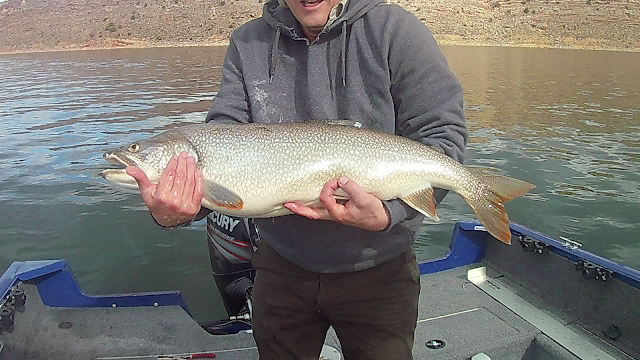 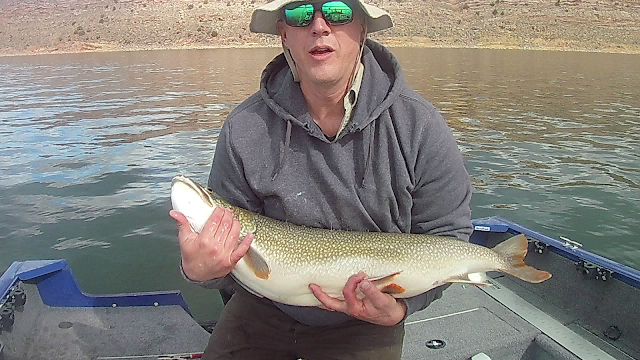 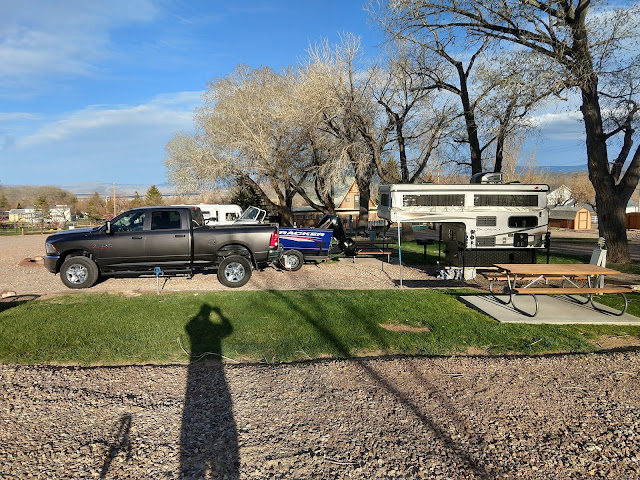 Took a quick day trip to Twin Lakes with my mom. Make was still mostly frozen. Didn't see any fish :\ 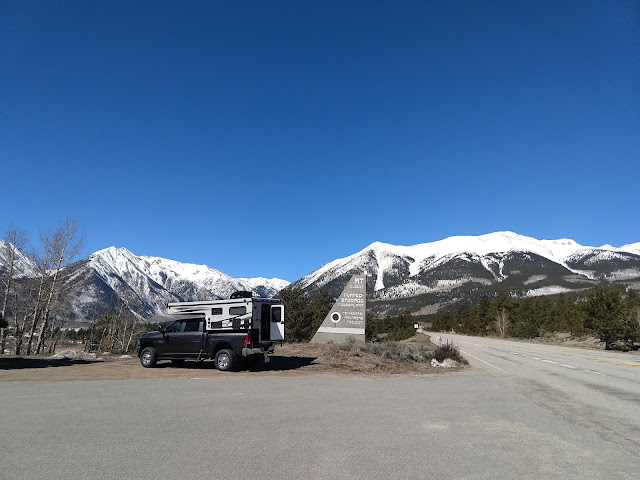 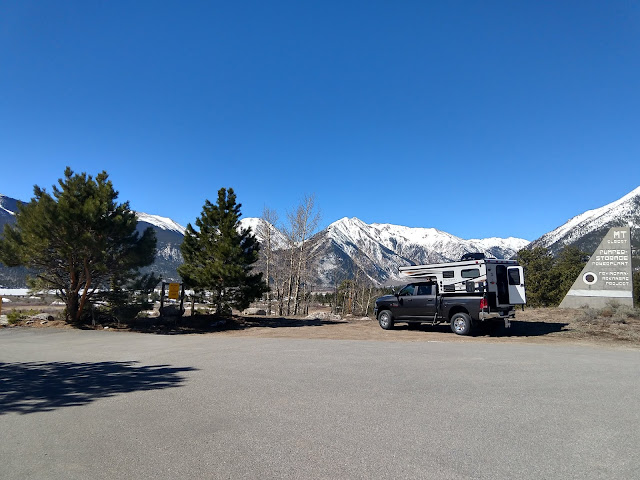 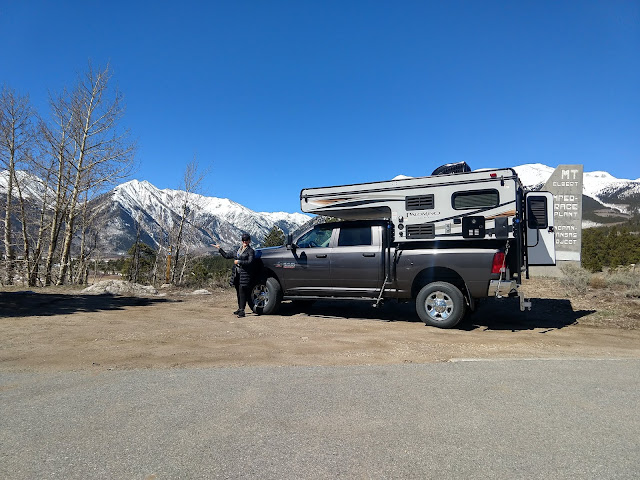 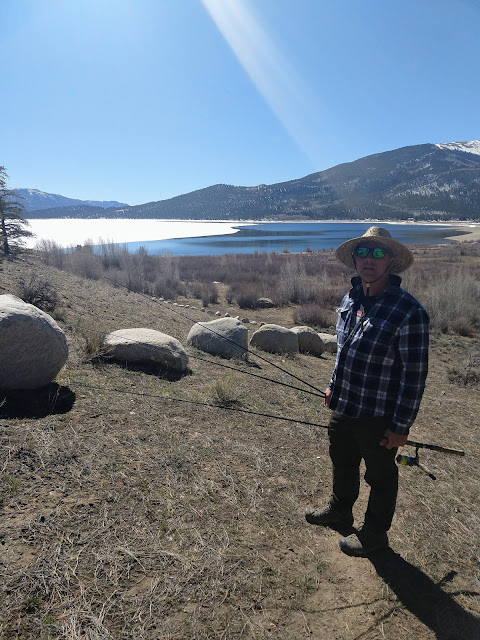 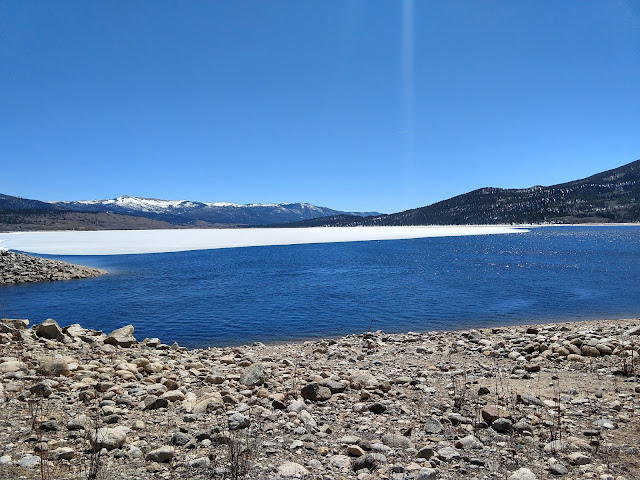 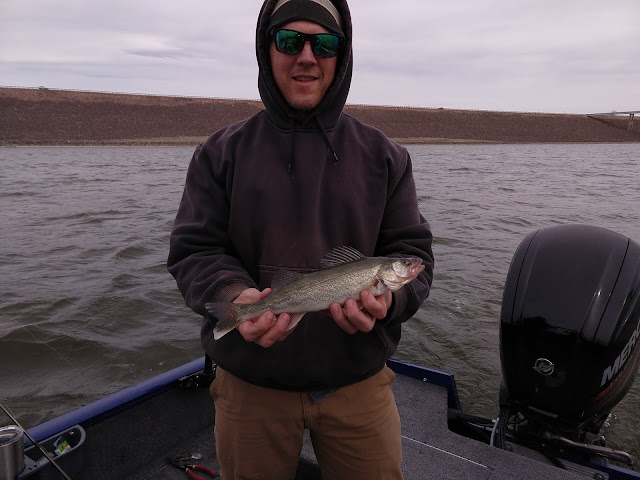 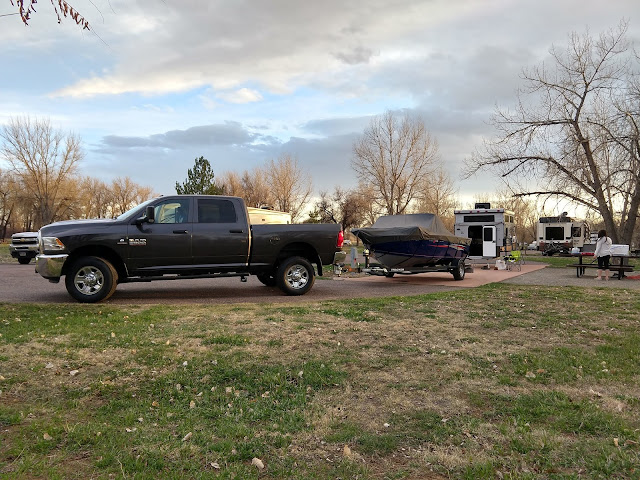 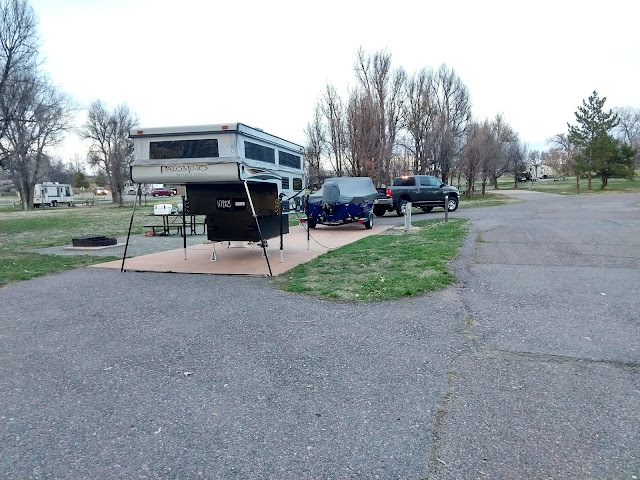 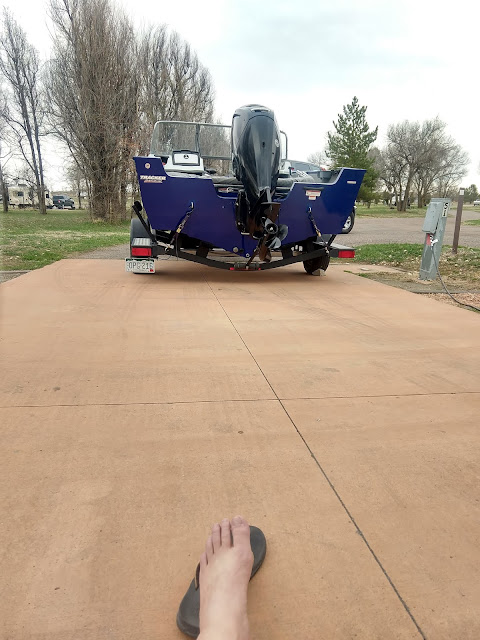 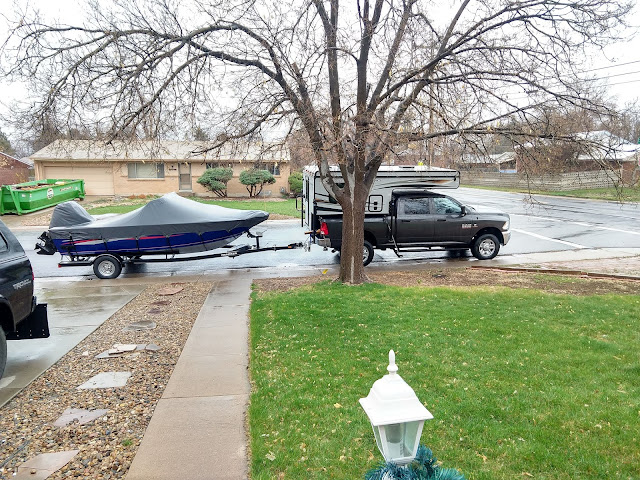