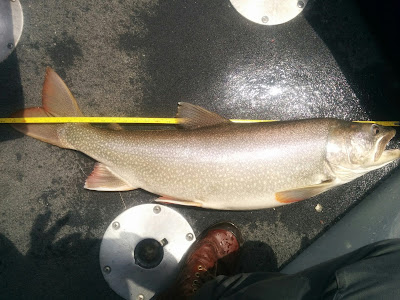 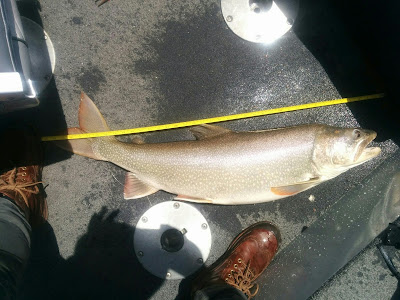 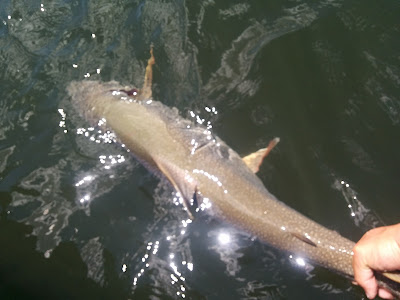 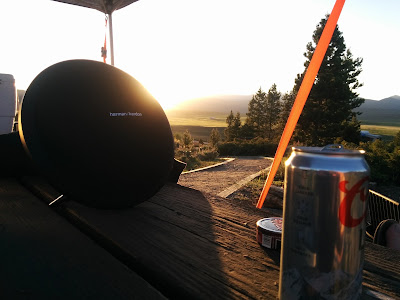 Arapaho Bay is one of the more secluded campsites at Lake Granby. It's way at the back of the lake at the inlet. The site has really great views. Right next to our site was the roaring fork and Monarch Lake. We stayed there for 4 days and 3 nights. My mom and niece came from Texas for 2 nights. The fishing was slow but we managed to catch some everyday. Nothing to get excited about. We had all had a great time. 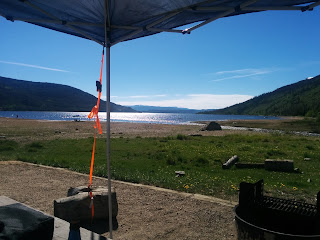 Chatfield has been really slow for walleye (for me anyway). Monday I decided to forget about walleye for a while and try my luck with some smallmouth bass. Diane and I went out Monday night for an hour and caught two each. I went out again this morning and got five. All were caught jigging. Today they seemed to be into green with red flecks. I actually caught the bass in a new spot. I have always fished the dam for smallies. Typically you can find them near hard rocky bottoms. I found these guys on weeds with a steep drop off near by.

I also tried night fishing for catfish on Sunday. It' was super boring hah. Note to self: never try fishing with chicken liver again :s

Sunday when we showed up to fish the wind started blowing *really* hard. The cove with the boat ramp had 3 foot waves coming into it. I have never seen waves like that at Chatfield before. It was actually pretty scary. One minute everything was ok, next minute three foot waves. We waited for the wind to pass before we went out. 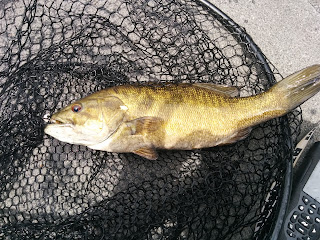 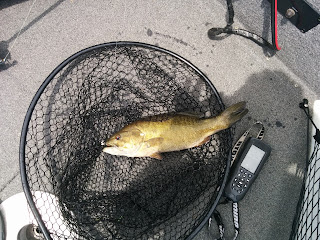 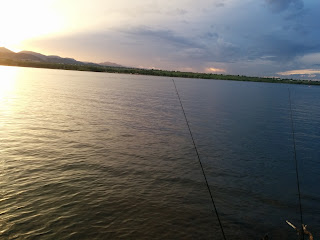 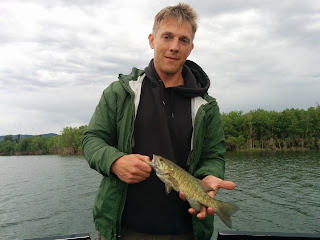 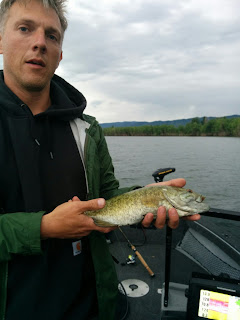 My buddy Paul is getting married this weekend. For a bachelor party we went camping on Paul's land in Estes. Really nice property right on top of a mountain. I had a great time hanging out with his buddies from Wisconsin. We spent most of the night drinking beer and laughing.

This was my first chance to try out the new bed I made for the back of the Tundra. Only took a few minutes to get it all setup. I slept great. Super warm and very comfortable. Probably the best sleep I have ever had camping. This was a good test run for next weekend. Next Friday heading up to Granby to camp in Arapaho Bay. 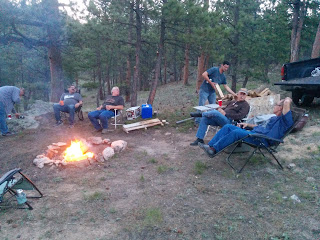 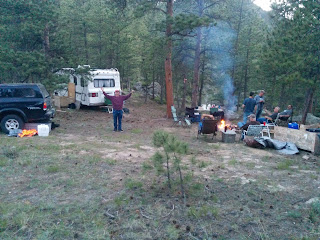 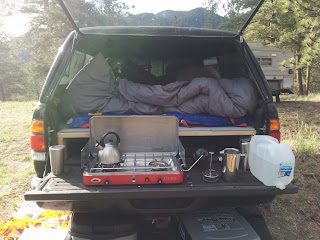