Spinney just opened for the season. It's also one of the few places that are open for camping right now. We decided to go up for the weekend. Saturday we hit the lake at 5:30am. My boat was last exit inspected at Pueblo a few weeks ago. When they sealed it up they must not have attached the seal completely because it was gone when I arrived at Spinney. Thankfully the inspector let me in with a quick visual inspection.

We launched the boat and drove to the north west end. Started fishing in 11ish FOW over sparse weeds. We were throwing 2.75" green tubes and working them like jerk baits. Starting catching fish immediately. Mostly really fat Cutbows and Rainbows with a few Pike and Browns. We also threw blades and did some vertical jigging. Managed 43 fish by 3pm, 3 master angler sized Cutbows.
Sunday was kind of a bust. It was a lot colder, cloudy, and windy. We fished from about 6am to 10:30. Managed 7 fish, couple of fat Rainbows and some Pike. 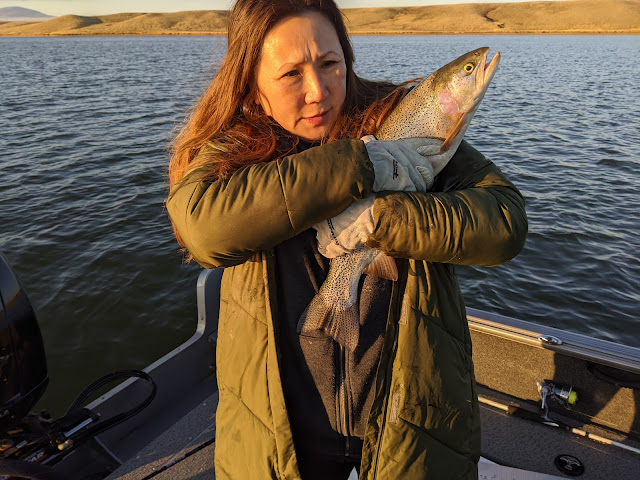 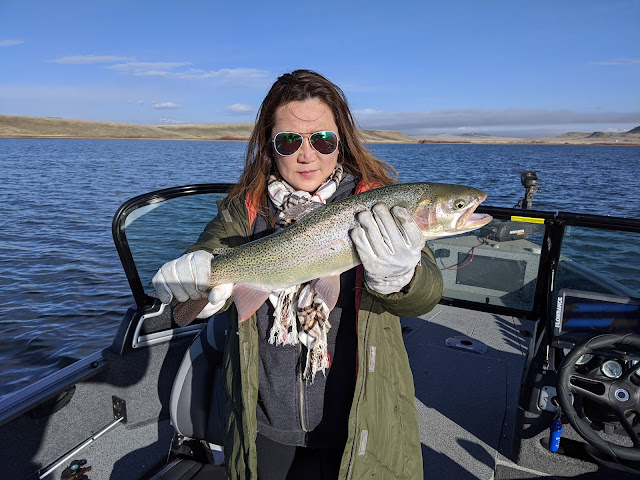 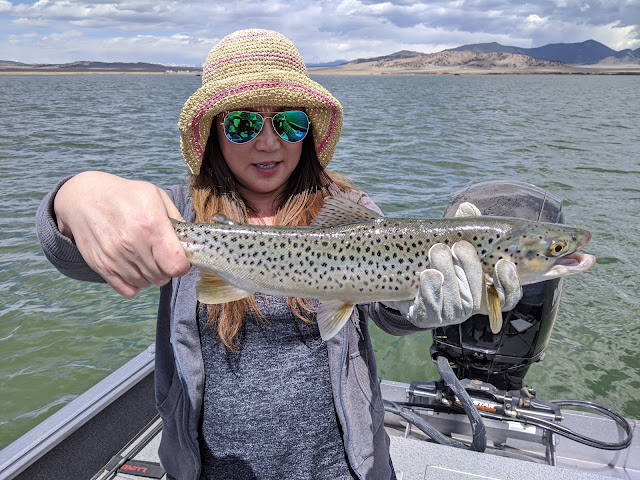 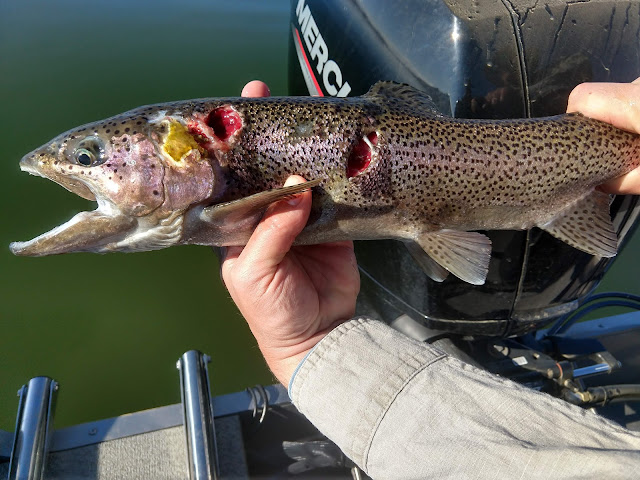 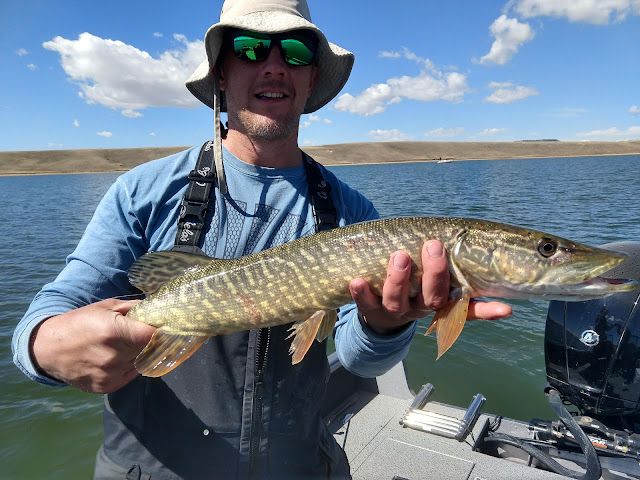 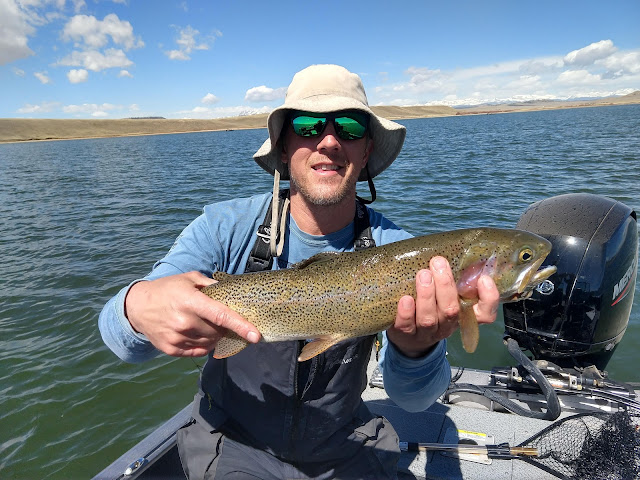 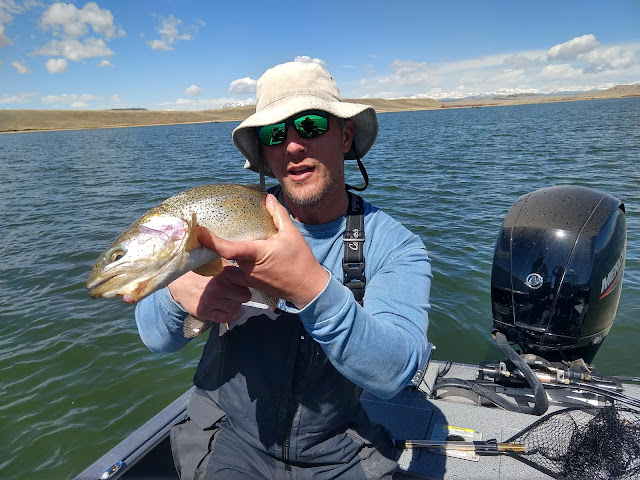 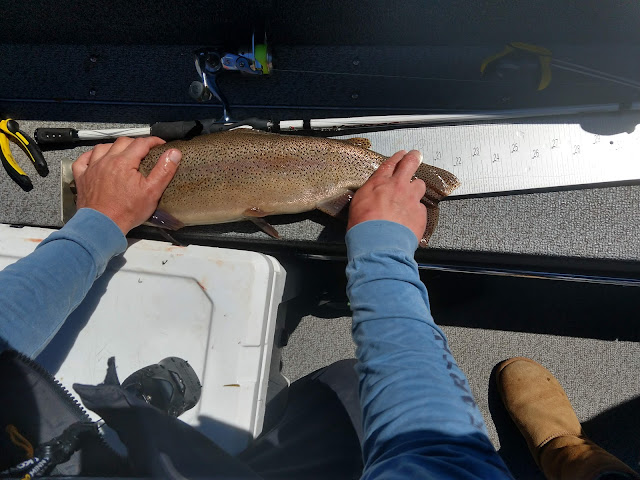 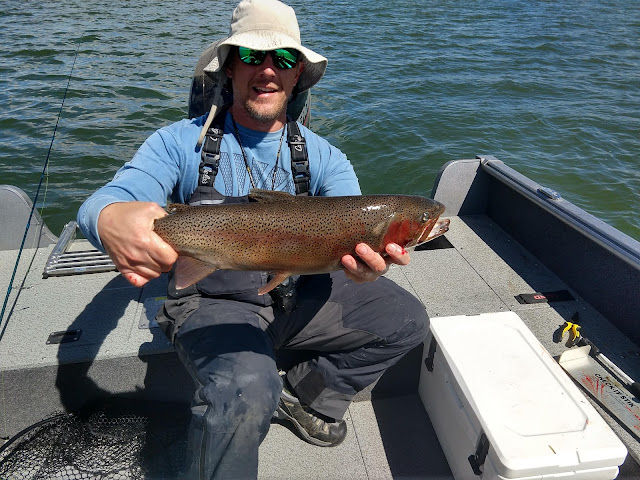 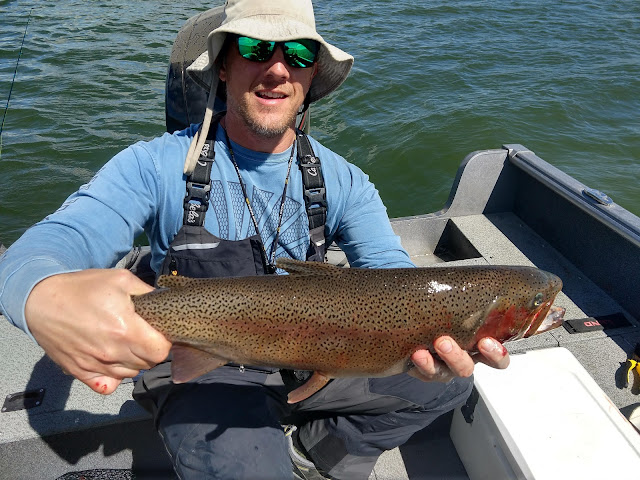 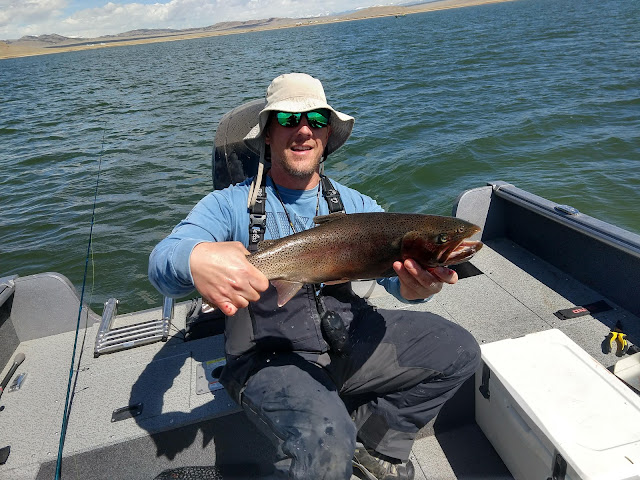 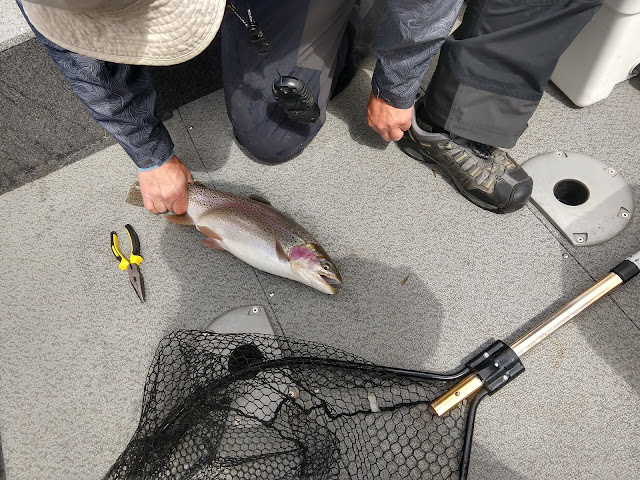 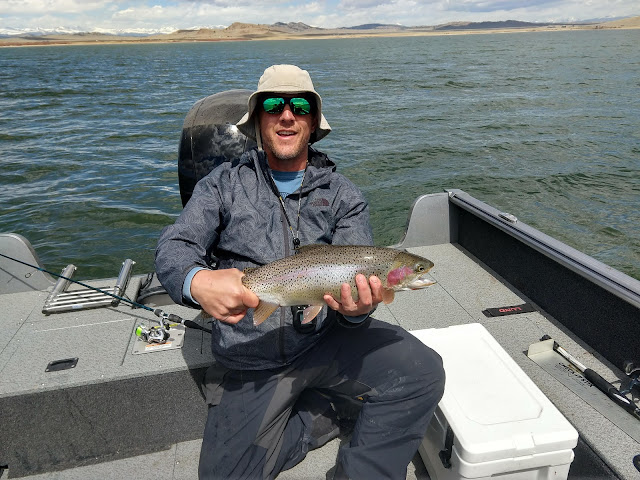 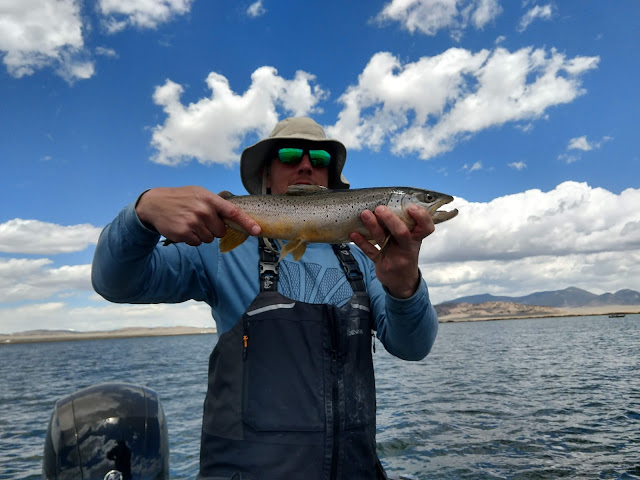 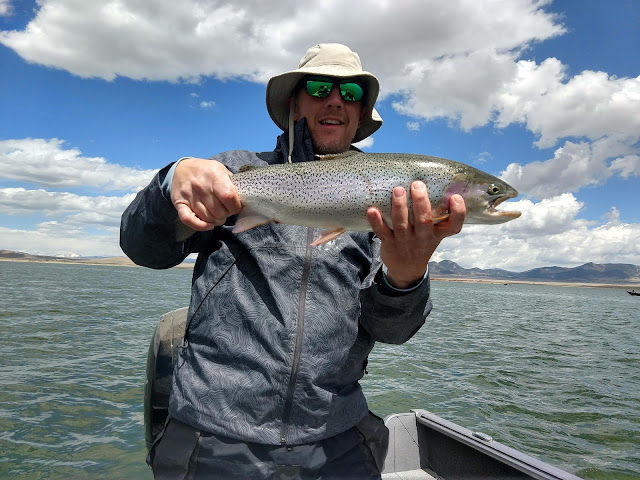 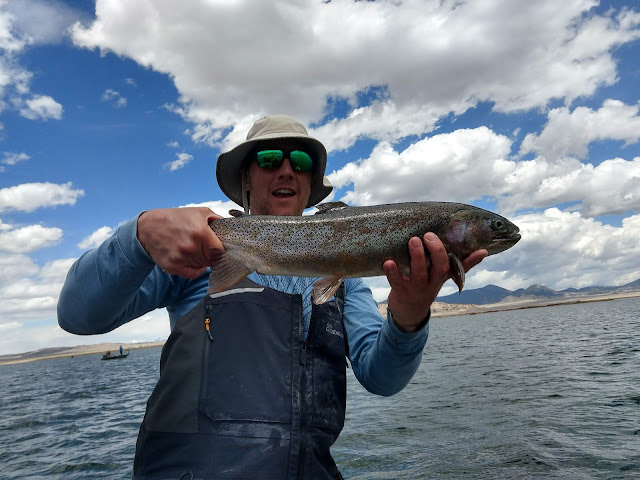