Hit the boat ramp this morning before 5am. It was pitch black out and took me a while to launch my boat. I headed to Antelope Flats using a spot light to guide the way. I spent the first two hours there, the fish were not having any of my horse shit. I did manage one 28"er.

About 8am I headed over to swim beach. While driving in I noticed a couple of big marks about 78' deep. I spent the next 30 or so minutes trying to get them to bite a 4" white tube. They really really wanted to bite but were holding back. They were all over the tube eyeing it. Then finally I got the hit.

When you catch a mid 30s inch lake trout they will do all kinds of head shakes and take off on a run ripping drag. This was different. It was like I hooked a diesel truck in first gear. Just a slow steady power walking away from me. I knew I had hooked into something special; a Flaming Gorge Hoss.

I spent the next 10 minutes or so trying to get this guy up off the bottom. I could watch on my fish finder. I would get him up 10 or 15 feet, then he was just slowly head back down. Eventually I saw some huge bubbles break the surface. This was the fish letting air out of his swim bladder. This is an ability few fish have and the only reason we can catch and release a Lake Trout from 80' down.

Once the fish finally hit the surface he was very calm and I was able to net him. It took a great deal of effort to get him over the gunwales and into the boat. The fish measured 42". I showed the main guide on this lake my photos and he estimated it weighed 35 pounds.

After measuring the fish and showing him off to the camera I put him back in the water and swam off right away. Ready to be the next persons fish of a lifetime. 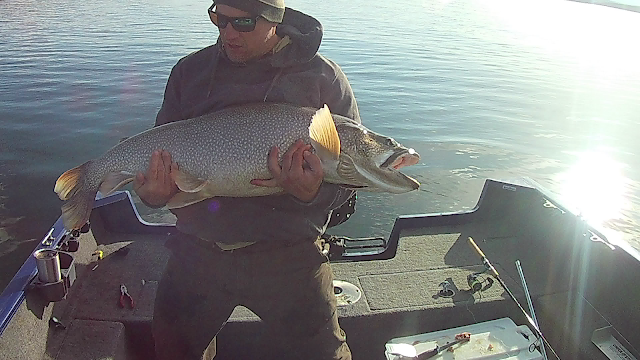 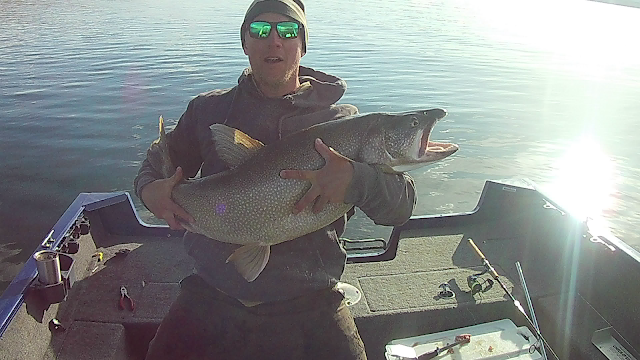 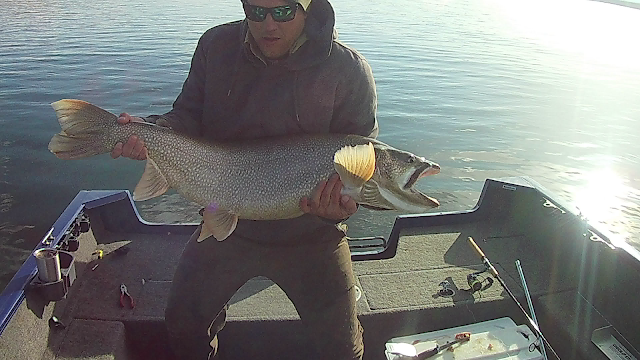